Joe Versus the Volcano: Film Review 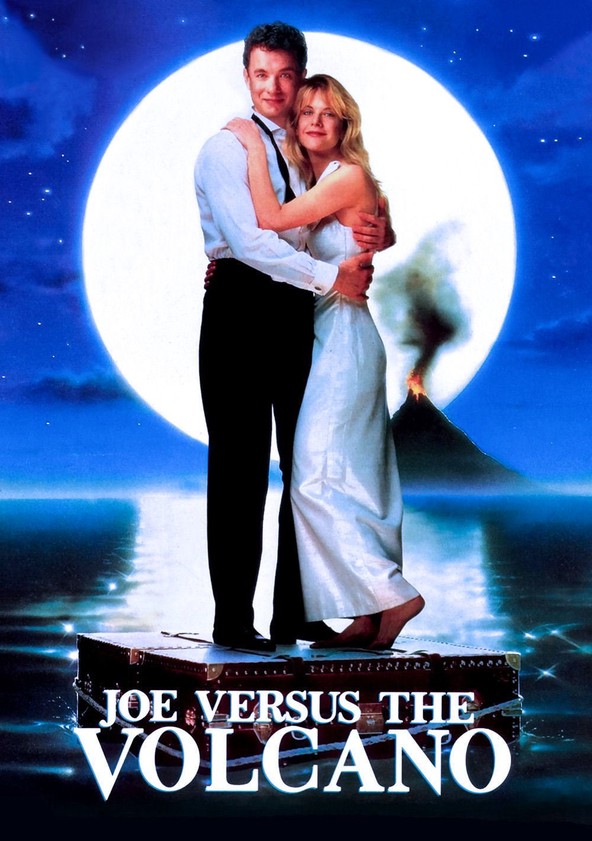 Most people are familiar with the combination of Meg Ryan and Tom Hanks. From Sleepless in Seattle to You’ve Got Mail, the duo has proven to be a sure-fire winner.

But there’s a lesser known film in which the two star: Joe Versus the Volcano. When the film released in 1990, it was met with mixed reviews. Most people didn’t “get” it—and that’s not surprising, as the most common word used to describe the film is “quirky.” As you begin watching, bubbly Amblin credits roll over the screen while an amalgamation of depressing imagery harkens back to German expressionism. You may find yourself wondering, “isn’t this a comedy?” But this is the genius, near-impossible-to-pull-off tone of Joe, a comedic fantasy about the drudgery of modern life. Be patient with it. This is a movie you may have never seen the likes of, and may never see again.

The story itself is quite melancholy. . . . A chronically depressed, hypochondriac Joe (played by Tom Hanks, with a substantial mullet) is diagnosed with a terminal brain cloud that will painlessly kill him within 5-6 months. For Joe, a guy who’s been sleepwalking through his job at a medical supply factory where their specialty is manufacturing anal probes and lubricant jelly, this comes as an unexpected blessing. Joe is quickly offered an opportunity to “live as a rich man and die as a hero” when an eccentric billionaire offers unforeseen wealth if Joe willingly jumps into a volcano as a sacrifice to a superstitious, native island population. Having literally nothing to lose, Joe accepts the offer, quits his demeaning job, and begins his journey.

Meg Ryan co-stars in three—yes, three—different roles as three different women Joe encounters over the course of the story. Where the film really shines is also threefold: the dialogue crackles with the intensity that only a lauded playwright like John Patrick Stanley could achieve, the situations are bizarrely relatable, even though it’s a hellscape of depression and unrealized dreams, and the tone is somehow hilarious even though it’s crushingly sad.

The one area the film could use some modernization is the third act. And this may prove to be a struggle for a new audience. The tribe living on the volcanic island where Joe travels to is a cartoonish portrayal of a native population. It’s done for laughs, and it may not play as funny as it did in 1990 (. . . or perhaps it never worked at all). And the final VFX and outlandish turn of events may sour your final impression of the movie. Nonetheless, Joe’s overall ambition is high and should be respected as such. It’s a fairytale about a man who reclaims his happiness by jumping into a volcano. Pay attention to the details though, because it’s all about the theme lying underneath each piece of dialogue. It’s about the human, oddball moments that speak to everyone who has sometimes felt a little different and a little lonely. Like Meg Ryan’s 3rd character states so plainly, “I’m soul sick, and you’re gonna see that.”

To top off everything, the direction, production design, acting, and cinematography are as committed to the tone and the message as the script itself. And somehow, watching it now, the film seems just as daring as it must have in 1990. Though others have attempted to tackle the “unrealized life” fulfilled through fairytale—the underappreciated The Secret Life of Walter Mitty comes to mind—Joe Versus the Volcano handles tone and dialogue like no other film. And if you’ve ever endeavored to write or make a movie yourself, this is mandatory viewing to release your creative flow.